Complete guide to the crown chakra

According to Hindu tradition and the doctrine of yoga, the crown chakra, the seventh chakra of the human body, positioned at the top of the cranial vault or just above the head according to the schools, is the ultimate center of subtle energy. the culmination of a spiritual quest that leads to enlightenment and fusion with the cosmos. Seat of the god Shiva, it is only after a long journey that begins with the liberation of the root chakra that the serpent Kundalini, symbol of the goddess Shakti finally manages to find her beloved after opening one by one the 6 chakras that precede the crown chakra.

The renewed and total fusion of the two lovers, the masculine and the feminine, the sun and the moon, the white and the black, the pure consciousness with that of the earth and the nature, the lower chakras (the body) with the higher chakras (the spirit), allows the individual to free himself from cycles of reincarnations (karma) and to access a state of transcendental consciousness.

Main qualities and properties of the crown chakra 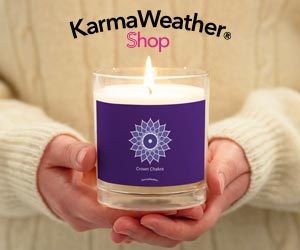 The crown chakra is represented by a thousand-petalled purple lotus, white or gold, which symbolizes the supreme stage of the elevation of human consciousness. The 7th chakra is traditionally associated with the spiritual enlightenment of the soul, which, through its perception of Shiva and its renewed union with Shakti, reaches beyond the perception of reality by thought.

This transcendental state of transcending the double nature of the body and the cosmos that surrounds it is the source of ecstatic bliss and absolute peace, which only the great yogi masters can hope to attain one day.

The crown chakra, the seventh chakra from the center of the top of the head, if it influences our relationship with the supernatural and spirituality, is above all the source of a deep inner peace and a joy of living peculiar to those who reach to find the perfect harmony between their body, their spirit and the constant movement of the world and the cosmos.

Healing gemstones, precious stones and crystals of the crown chakra

How to activate the crown chakra with foods and herbs?

How to harmonize and balance the crown chakra?

Opening symptoms of the crown chakra

The activation of the 7th chakra, the crown chakra, is only really possible once the 6 previous energy centers have been opened. Indeed, only the opening of the crown chakra can allow the person who achieves it, in addition to being released from the reincarnation cycle (karma), to access supernatural powers (such as levitation). It is therefore the fervent and humble work of a lifetime that can allow one to hope one day to reach the state of extrasensory cosmic consciousness, certainly not a possible vain search for supernatural powers.

Crown chakra blocking symptoms - Is my crown chakra closed or too open?

When the crown chakra is blocked or closed, that is to say it is inactive or undeveloped, the individual tends to obsessively turn to magic and the occult arts, just as he persuades himself / herself that he / she has powers that allow him / her to influence reality. Also, a person whose crown chakra is poorly irrigated has a reading of his / her life from the almost exclusive angle of superstition, at the risk of becoming totally paranoid.

When the crown chakra is too open, that is to say it is too active or overdeveloped, it is possible that the associated symptoms are manifested by personality disorders, particularly complete rejection of the world and total isolation. The individual would thus far prefer to live reclusively and would refuse any communication with the outside world.

Perform the free test of your crown chakra to balance it if necessary, taking into account the blocking symptoms you have identified. Think of privileging the balancing of your chakras in a graduated way, starting with the first chakra (root) towards the seventh chakra (crown)

Healing gemstones, precious stones and crystals of the crown chakra

Yoga exercises for the crown chakra

The most beneficial yoga position to practice for activating the crown chakra is the position of the mountain.