The revealed mysteries of spirituality

Knowledge of the sciences of the soul and the spirit

The KarmaWeather Spirituality home page is a window into the world of soul and spirit mysteries, magic and religions. Although scientific rationalism is the source of immense progress for humanity, from the discovery of penicillin to the conquest of space, human beings still feel the need to understand themselves and what surrounds them by other biases than materialism.

This is why we are trying here to approach the multiple facets of this creative research that man has been engaged in since the dawn of time, when he looked at the starry sky and wondered for the first time what was his place in the universe. Because, if with the movement of history and the advance of civilizations, the astrologers, alchemists, shamans and druids have become astronomers, chemists, doctors and priests, this transition has not taken place as brutally and drastically as you would imagine.

In addition, with hindsight, we can note that it is the religious Shiisms which weaken the great religions much more than the mages, witches and seers whom they nevertheless put on the bench of society and chased tirelessly for centuries. Likewise, the border remains porous between science and the world of dreams, especially since most of the great scientific discoveries come from creative minds who use iconoclastic methods before rationalizing their intuitions. by mathematics. It was "thought experiments" (which others would call "waking dreams") that enabled Albert Einstein to revolutionize fundamental physics like no other has done before him since Newton. Isaac Newton, who, let us remember, was passionate about alchemy and astrology, as often scientists of his time, for whom a possible bridge between the material and spiritual world did not necessarily constitute an obstacle to their scientific research. 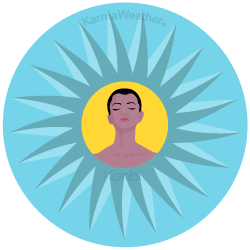 By exploring the KarmaWeather section dedicated to Dreams, you can find answers to your questions about dreams, their meaning and symbolism, with interpretation keys according to cultures, religions and science. Discover in particular the difference between dreams, premonitions, daydreams and nightmares. At the same time, you have probably already wondered the meaning of the dream of losing your teeth, the dream of falling or flying, the dream of being pregnant or having a baby, of dreaming of a dog or a bird? Our Dictionary of Dreams and our articles dedicated to dreams should enlighten you on these subjects that have fascinated men since the time of the pharaohs, Persian kings and the first emperors of China. 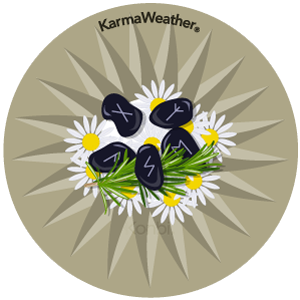 The Esotericism and divination section allows you to discover the divinatory practices of shamans and sorcerers of ancient times, whose way of life and animist philosophy did not detach man from cosmos, but included it in a whole whose balance had to be preserved and the hidden messages understood. This way of thinking, which is disappearing today, has been replaced by a dominant culture which advocates anthropocentrism. This is how "Nature" becomes the "environment" of human beings. Unfortunately, humanist thought which puts man at the center of the world by presupposing that he can only be good since the reflection of divine perfection seems definitely doomed to failure in view of the great catastrophes of the XXth century and of disturbing state of the planet and the current climate. Similarly, who can claim that having reduced men and women in businesses to "human resources" subjected to growth with unique monetary parameters is a possible source of happiness? For happiness to become tangible and no longer just a promise, greater fraternity between men, greater respect for nature and the invention of new modes of production are essential. This requires more love, mutual respect, humility and dialogue beyond differences which, once the fear of the other is overcome by curiosity, are a source of spiritual wealth more fruitful than ephemeral material possessions.

Likewise, we believe that a rediscovery of ancient traditions, so long shelved or banned by official religious authorities, constitutes above all a unique cultural enrichment which can help us to better understand how our ancestors lived. What were their desires, their vision of the world and the mysteries of the afterlife, but also how were they preparing to face the vagaries of life with so little control over their environment compared to modern man? Among the ancient divinatory reading practices, you will find detailed information on the Celtic runes and Nordic mythology, tassography (reading of coffee grounds or tea leaves), numerology and many others, without forgetting the techniques of white magic and witchcraft with their cultural and geographical variants. 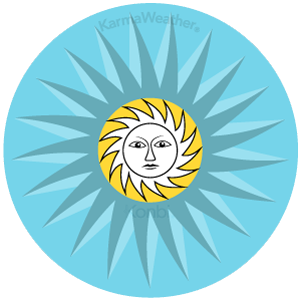 The Rituals, Angels and Prayers section provides an overview of the main Western and Eastern beliefs. What are the origins of the major religions, what role have they played in the development of civilizations and how have they influenced contemporary thought? In the same way, you will be able to discover the prayers and rituals most practiced by our ancestors and how these spiritual practices have evolved with ages and migrations. Also discover who is your guardian angel according to your date of birth, the meditation and prayer techniques practiced by Buddhists, Hindus and Christians, but also the rituals of protection and purification from Europe to the Americas via the East and Asia.

➔ Rituals, angels & prayers
© KarmaWeather by Konbi - All rights reserved
© KarmaWeather by Konbi | Copyright protection: Reproduction forbidden. Any infringement will be subject to DMCA request | Disclaimer notice: Use of medicinal plants should be discussed with a physician, especially for pregnant / breastfeeding women or children. Stones / crystals have no application in modern medicine and can't replace medical treatment.