According to Hindu tradition and the doctrine of yoga, the third eye chakra, positioned in the middle of the forehead between the eyebrows, is the center of subtle energy of consciousness and spirituality. Located at the crossroads of the nadis (channels of diffusion of subtle energy) Pingala and Ida, the sixth chakra symbolizes the meeting of the masculine and the feminine, the fusion and the surpassing of the duality towards a higher consciousness.

Meditation exercises associating the primordial sounds associated with Shakti (the feminine, the vital energy of the earth), Shiva (masculine, cosmic consciousness) and Shakti Hakini (androgyny, transcended duality) are particularly recommended for a work of opening and balancing of the third eye chakra.

Main qualities and properties of the third eye chakra 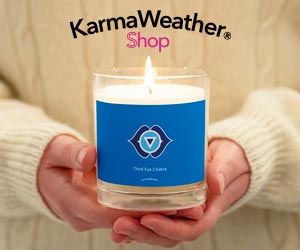 The third eye chakra is represented by a two-petalled lotus, which looks like a winged circle. This association of the circle, symbol of emptiness and the origin of all things, with the two petals of lotus, symbols of the duality of the masculine and the feminine, is an allegory of the transcendence and the transcendence of the opposites. The main quality of the third eye chakra is to create a connection between the visible world and the spiritual world, between the concrete reality and the subtle reality.

The premonitory and intuitive faculties developed through the opening of the third eye chakra go hand in hand with deep wisdom and renewed self-knowledge. In fact, a person whose bald eye chakra is balanced has an apprehension of the world and reality that goes beyond the materialism of everyday life, while the revelation of his soul makes him aware of the spiritual components that are in everything.

In order to be able to achieve peace of mind, we must succeed in going beyond the duality that is peculiar to the psychic and cultural construction that the human being makes of reality and which unquestionably helps him to navigate in his daily life: the day and the night, the sun and the moon, the masculine and the feminine, the object and its reflection, the dream and the reality.

How to activate the third eye chakra with foods and herbs?

How to harmonize and balance the third eye chakra?

When properly developed, the third eye chakra is a gateway to extrasensory perception, much like a filter that allows us to see in 3 or 4 dimensions what we were only able to see in 2 until then. This new perception of the deeper reality of beings and things brings us even closer to the truth and opens the way for imagination and creativity.

Meditation and yoga exercises aimed specifically at the smooth circulation of the subtle energy of the 6th chakra are intended to free us from the contradictions and conflicts that constantly assail us when our thoughts are formed, in order to achieve inner peace through direct contact with the spiritual world.

When the third eye chakra is blocked or closed, that is to say it is inactive or underdeveloped, this can sometimes be associated with psychological disorders such as depression or in a more benign way to a lack of interest in the outside world, a deep selfishness and an escape from one's own responsibilities.

When the third eye chakra is too open, that is to say, it is too active or overdeveloped, the individual may be subject to personality duplication disorders, an uncontrollable thirst for power and a exalted feeling of absolute power.

Perform the free test of your third eye chakra to balance it if necessary, taking into account the blocking symptoms you have identified. Think of privileging the balancing of your chakras in a graduated way, starting with the first chakra (root) towards the seventh chakra (crown)

The most beneficial yoga position to practice for activating the third eye chakra is the fetal position.