According to the Hindu tradition and the doctrine of yoga, the solar plexus chakra, which is located along the spine at the same level as the stomach and the navel, is the energy center through which the universal vital energy (prana) accumulates to be redistributed throughout the body. The third chakra, also known as the navel chakra, is considered the origin of the 72000 nadis, the channels that convey and irrigate the subtle energy throughout the body.

Main qualities and properties of the solar plexus chakra 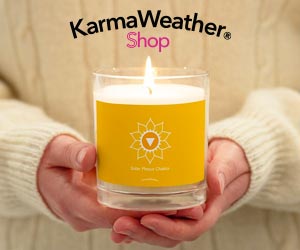 The solar plexus chakra, whose symbol is an inverted triangle, is the expression of the vital energy specific to the element Fire, which is also found in the yellow color of the 10 petals of its representation in lotus flower . If it can be related to the god of fire Agni whose mount is a ram, the symbolic animal of the third chakra is also representative of the positive values it conveys: will, perseverance, as well as the noble feelings that are compassion and empathy for one's neighbor.

An opening work of the navel chakra allows those who succeed to assert their personality, to keep the mind sharp and curious and to successfully achieve their life goals, while maintaining a benevolent interest for those around them.

An assertive self-awareness, a flawless determination, perseverance essential to any personal and professional enterprise, these are some of the qualities of a stable and balanced solar plexus chakra.

How to activate the solar plexus chakra with foods and herbs?

How to harmonize and balance the solar plexus chakra?

When developed in a healthy way and well irrigated, the solar plexus chakra becomes the subtle energy center of a balanced self-awareness, which allows one to overcome all the obstacles that tend to discourage one and move away from one's goals. Our ego is then sufficiently developed to allow us to assert our personality and become aware of our abilities, while an inner flame animates as much our will to accomplish our life goals as to protect lovingly the people who matter to us.

A balanced solar plexus chakra is also essential for the digestion of food and the proper distribution of oxygen in the body.

When the solar plexus chakra is blocked or closed, that is to say, it is inactive or not very developed, the symptoms are rather close to those associated with depression, such as these moments where one lets oneself be carried by life and only feel able to endure it, without having any keys that would allow one to control one's destiny again.

When the solar plexus chakra is too open, that is to say, it is too active or overdeveloped, the subtle energy in excess and poorly controlled causes potential megalomaniacal illusion, which can be manifested by symptoms such as jealousy, anger, envy or a thirst for power disproportionate and potentially destructive.

Perform the free test of your solar plexus chakra to balance it if necessary, taking into account the blocking symptoms you have identified. Think of privileging the balancing of your chakras in a graduated way, starting with the first chakra (root) towards the seventh chakra (crown)

The most beneficial yoga position to practice for activating the solar plexus chakra is the oblique position.