Complete guide to the root chakra

According to the Hindu tradition and the doctrine of yoga, the root chakra, positioned at the level of the coccyx, is at the base of the chakritic system. If the base is stable, it is from the first chakra that the Kundalini snake, nestled within it, can awaken to rise in the direction of the second chakra and move towards its goal, the seventh chakra of the crown.

Main qualities and properties of the root chakra 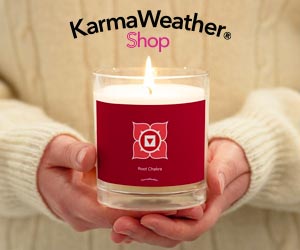 The root chakra, whose symbol of the square represents the earth and the red color the vital energy of nature, is the basis by which the subtle energy from the earth can then rise to the other six chakras, provided it is balanced beforehand.

The main qualities of the root chakra are stability, survival instinct and security. It is he who nourishes the body and mind with the vital energy of the earth and nature, allowing them to live and grow serenely. The symbolic animal of the root chakra is the elephant (but also the buffalo or the bull), synonymous with strength, inner peace, opulence and protection.

Our relationship with nature has diminished dramatically as our way of life has shifted to cities and technology has taken a prominent place in our daily lives. Thus, it is more complicated for men and women today to have a simple and direct relationship with the vital energy of nature, a fundamental source of the subtle energy that nourishes the root chakra and then spreads throughout the body.

A work on the root chakra makes it possible to reconnect with the earth and to find inner harmony, which only a distanced relationship with material goods and a peaceful awareness of one's own body can allow.

Healing gemstones, precious stones and crystals of the root chakra

How to activate the Root chakra with foods and herbs?

How to harmonize and balance the root chakra?

Opening symptoms of the root chakra

Root chakra blocking symptoms - Is my root chakra closed or too open?

When the root chakra is blocked or closed, that is to say, it is inactive or undeveloped, the symptoms correspond to many of the problems we face in our ultra-connected city life. Apathy, loss of meaning and purpose of life, a feeling of permanent insecurity are some of the symptoms of a weakened root chakra.

When the root chakra is too open, that is to say, it is too active or overdeveloped, it can be the source of behavior dominated by greed, selfishness and narcissism, which result, among other things, in compulsive shopping crises and a tendency to want to attract attention at any cost.

Perform the free test of your root chakra to balance it if necessary, taking into account the blocking symptoms you have identified. Think of privileging the balancing of your chakras in a graduated way, starting with the first chakra (root) towards the seventh chakra (crown)

Yoga exercises for the root chakra

The most beneficial yoga position to practice for activating the root chakra is the position of the crow.