Eleventh zodiac sign of the Western calendar, the person born under the protection of the constellation of Aquarius is a cerebral and sensual being. Willingly polemicist, he is not without humor, even if his degree of sociability is actually rather low.

A happy loner, capable of infidelity when he is in a relationship, he is able to display unsympathetic and harsh behavior with foreigners and family alike. While he can get caught in terrible anger outbursts, it's not uncommon that the negligence and lack of sensitivity of the native of Aquarius lead him to cruelty.

Independent and rebellious, he dislikes any type of resistance to his whims, and doesn't admit being given orders.

The character and utopian ideas of the person born during the crossing of the sun with the constellation of Aquarius can bring him to suffer major failures as much as bright and unexpected successes. Convinced that the world in which he lives is not suitable or that it is too mediocre for him, the native of Aquarius must overcome his frustration if he wishes to develop his many talents, rather than slowly getting paralyzed in his daily live.

Aquarius is the most compatible with Gemini, Libra and Aquarius. 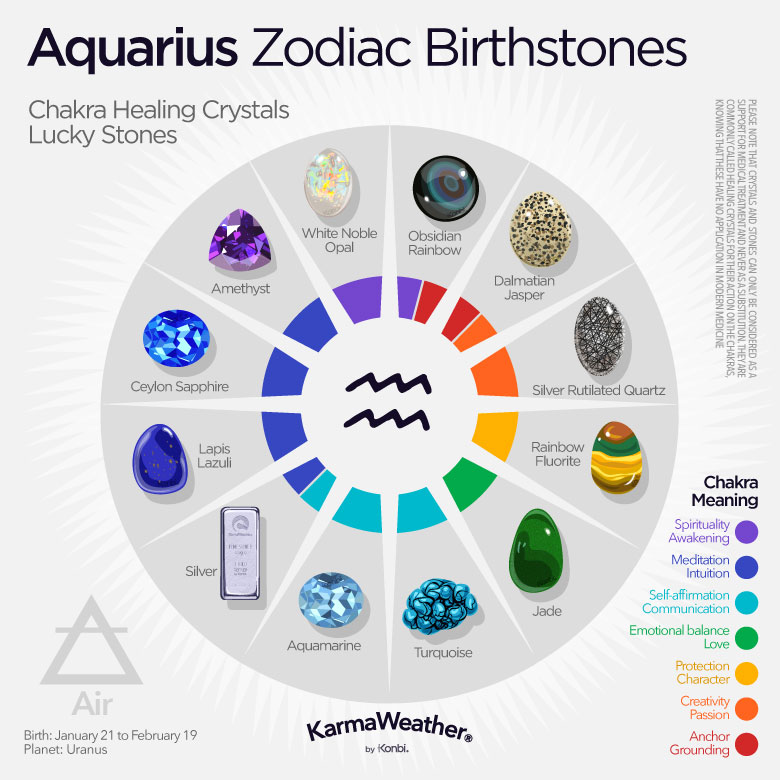