Ambitious, patient, meticulous, gifted with a high level of concentration, the native of the zodiac sign of the Capricorn tends to accomplish himself in the second part of his life. Skeptical or even indifferent to religion, the person born during the crossing of the sun with the constellation of Capricorn is a thinker, even sometimes a philosopher, who greatly appreciates long walks along the river or in the forest. Similarly to the plants he likes so much and whose growth is slow and deserve care and attention, his rise in life seems slow and difficult.

As he shows little about his feelings, his appearance seems somewhat cold, when in reality a Capricorn is highly sensitive. As he revels in solitude, he actually rarely seeks the company of others.

The pessimism and sometimes cynical worldview of the person born under the protection of the tenth sign of the western zodiac sometimes makes him unsympathetic in appearance. Consistent in his opinions and faithful in friendship, he can also be harsh and suspicious with his relatives and friends, just as one should note that his grudge is tenacious.

Knowing how to carry out his initiatives, he succeeds through his personal merit, patience and perseverance. The setbacks he suffers are almost always due to bad luck.

Often single, when a Capricorn finally marry, it is usually a marriage of convenience or an arranged marriage, since the romantic disappointments of his youth have generally turned him cautious on the potential benefits of true love.

Capricorn is the most compatible with Taurus, Virgo and Capricorn. 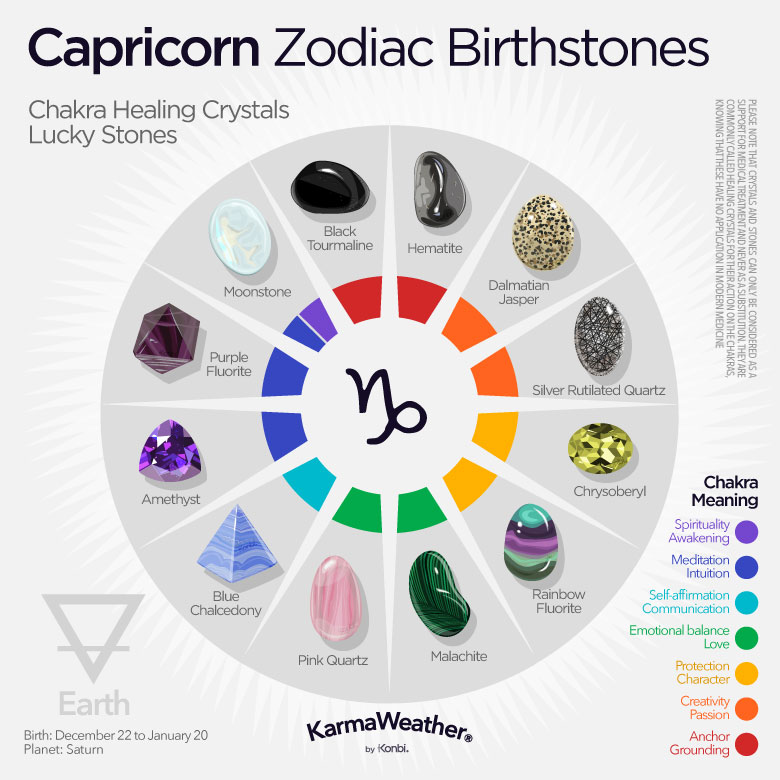