Zodiacal House number: 12
Astrological House in opposition with Pisces: 6 (Virgo)
Meaning of the House of Pisces: "we feel", the unknown, religion, the spiritual quest, the trials, the hidden enemies, the unhappy decisions. In world astrology, the House of Pisces concerns the workplace but also hospitals, prisons, asylums, enemies and crimes of all kinds.

Deeply intuitive, even mystical, the double and changeable personality of the native of the twelfth sign of the western zodiac gives him a clear-sighted and sentimental nature, but also a tendency to depression. His utopian ideas, just like the little attraction Science has for him, are in perfect agreement with his strong religious and mystical bent.

Sincere and devoted, sometimes indecisive and capricious, the native of the zodiac sign of Pisces often lack originality in his outlook on life. Accommodating and helpful, honest and benevolent, slightly timid and even naive, it is his spontaneity that risks most often to get him into trouble.

A person born under the protection of the constellation Pisces is naturally peaceful, but he may, in case of conflict, get carried away in great anger. Good at teamwork and having an undeniable sense of organization, he is not really predestined to become a leader. Indeed, he has a strong tendency to despotism when he actually finds himself in a leadership position.

Pisces is the most compatible with Cancer, Scorpio and Pisces. 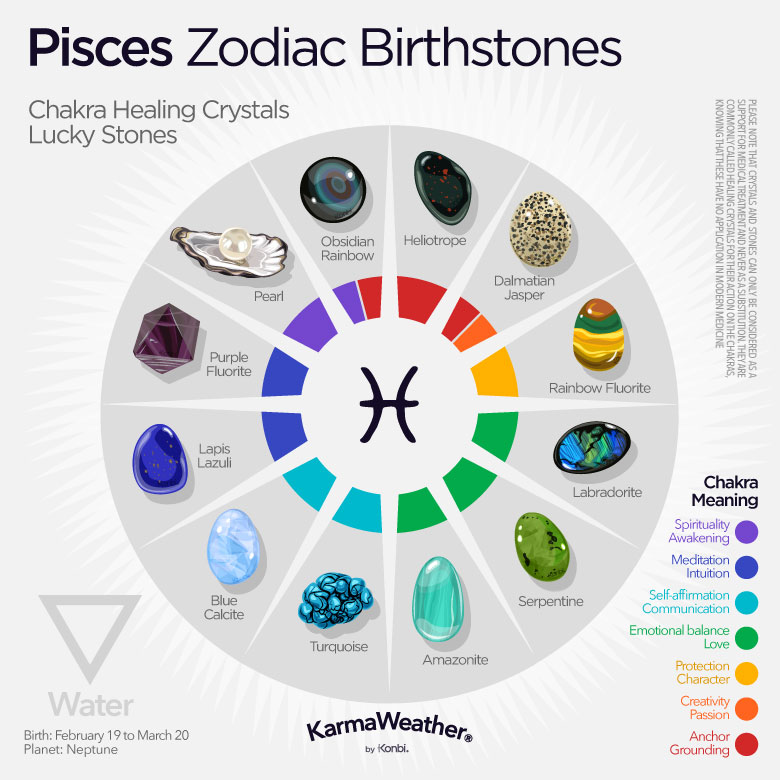